Both the Snohomish Skyhawks and Oly Town Artesians struggled offensively for a good portion of their season openers, but the Artesians turned it on in the fourth quarter scoring five times to take a 7-4 win over the Oly-Pen Force while the Skyhawks were only able to break through once in the fourth quarter, dropping their opener 8-1 to Tacoma Narrows.

Shannon McMahon scored three times in her WISL debut on Saturday night, opening up the scoring in the fourth quarter and then scoring two more times in the quarter for the first hat trick in Women’s WISL history and winning the first Offensive Player Of The Week Award. Leah Magee scored the first two goals for the Artesians, the only two goals they scored over the first three quarters before erupting for five goals in the fourth. Emily Sorenson made a bunch of saves in her first start at goalkeeper.

The Skyhawks weren’t able to get much going offensively scoring just the lone goal by Sandra Agbotse, but Chalise Baysa was very aggressive picking up the assist to Agbotse along with registering the most shots in the game. Maggie Tonkin and Brooke Pingrey led the way defensively for the Skyhawks, who will be playing their first game at the Snohomish Soccer Dome. 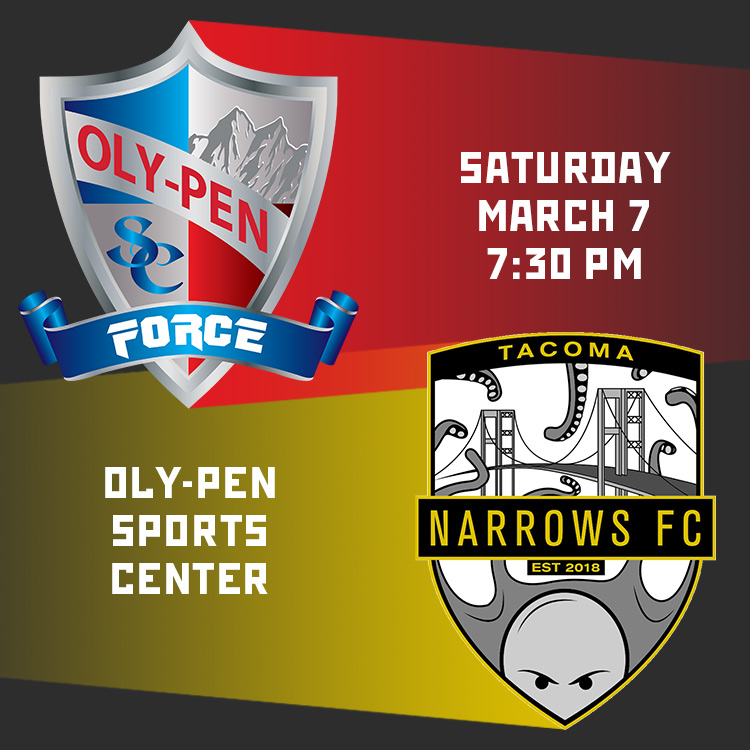 The Oly-Pen Force play their first game in Bremerton on Saturday after opening the season in Olympia where they played a close game until the fourth quarter, falling 7-4 to the Artesians. On the flip side, Tacoma Narrows jumped out to a 6-0 lead before finally allowing their one and only goal of the game in an 8-1 win over the Snohomsih Skyhawks.

Narrows was led by Justina MacDowell’s hat trick, two of those in a big second quarter, and a pair of goals from Cara Maher. Emma Thomas scored the first goal in team history nine minutes into the first quarter and Jackie Corley scored what proved to be the game winner in the second quarter. Kyla Carter played a strong game in goal allowing just one goal and was voted the WISL’s first Defensive Player Of the Week for her performance.

The Force got individual goals from Emily Wilkins and Jules Bushaw in the first and third quarters. Bushaw’s goal gave the Force a temporary lead in the third. Mackenzie Palau and Jess Haga each scored in the fourth quarter, keeping Oly-Pen close to the Artesians. Goalkeeper Akilah Austin and the Force defense kept the game tied, 2-2, at the end of the third quarter before Oly Town completed their comeback in the fourth.

An important update for you in light of the Coronavirus situation:

The Western Indoor Soccer League is committed to the health and safety of our players, families, staff, and volunteers. We are also committed to celebrating our players’ hard work and to providing them with an opportunity to compete. Games will be played this Saturday subject to the discretion of individual clubs. We are monitoring the situation and will continue to evaluate going forward.

In an abundance of caution, we are asking that players refrain from shaking hands, giving high fives, other hand-to-hand contact between players, refs and staff. Players should not share drinks whatsoever and we are asking facilities to provide hand sanitizer and asking any player, fan, staff member or volunteer to stay home and not play or attend the game if they are feeling ill in any way.