Henderson, Jones Capture Week One Players of the Week Awards 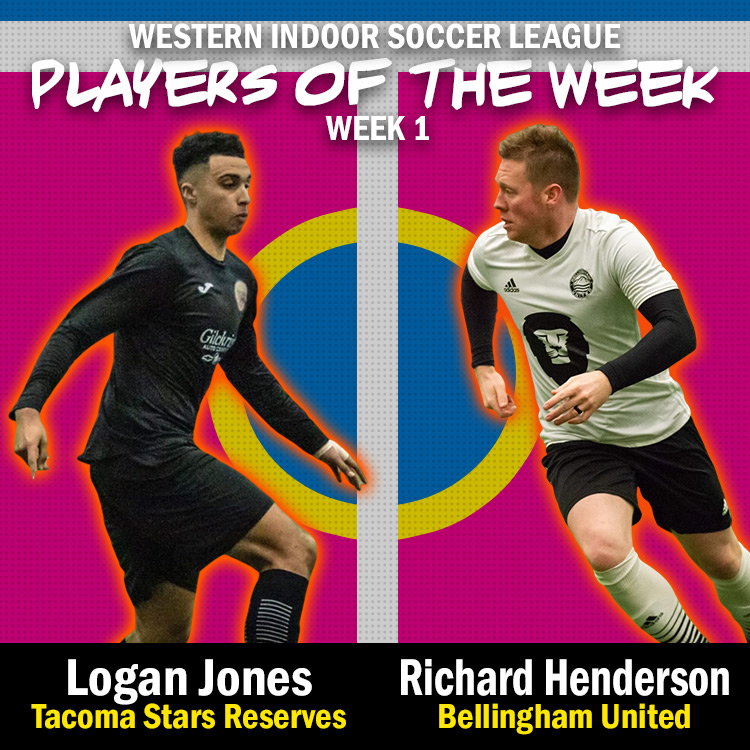 OFFENSIVE:
Richard Henderson – Bellingham United – One of the most decorated players in league history continued his great career with Bellingham United by scoring three goals and chipping in two assists in their 13-4 season opener win against Tacoma Narrows. Henderson, who last season eclipsed the 100 career goals across all competitions with the Hammers, is also in his second season as the head coach of the Hammers and is once again chasing the league’s Golden Boot Award for the most league goals after capturing his first award last season with 17 goals.

DEFENSIVE:
Logan Jones – Tacoma Stars Reserves – The Tacoma Stars Reserves defense has been ridiculous over the last two seasons and Logan Jones has been a key component of that defense, which led them to the 2018-2019 WISL Championship. Jones kicked off his season by not only holding the Snohomish Skyhawks to just three goals in the season opener, but also scoring twice to lead the team to a 6-3 win on Saturday night.